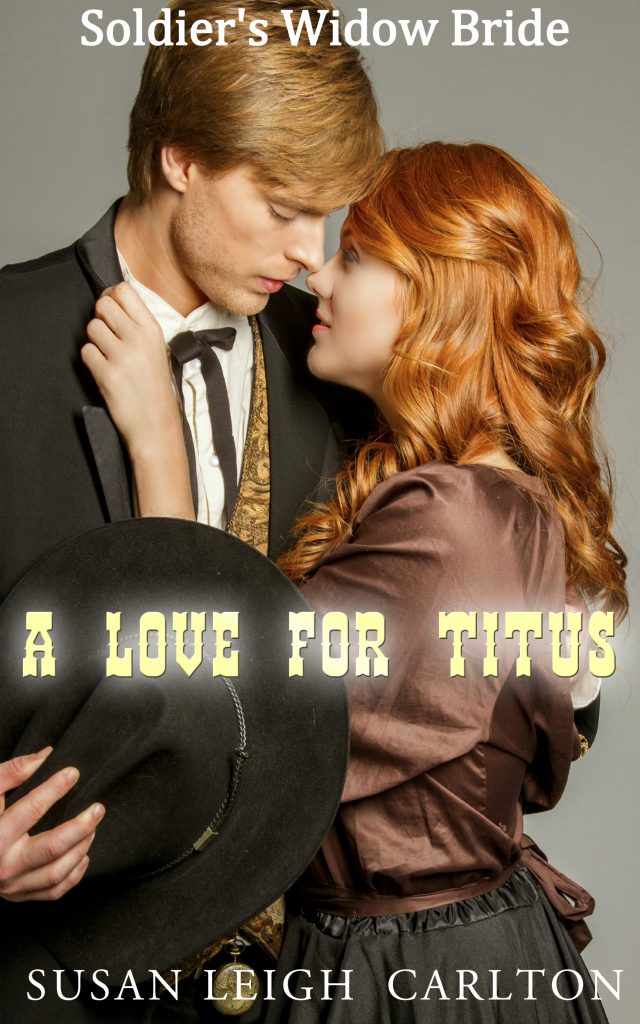 A Love For Titus is now available on Amazon.
A historical western romance set in Helena, Montana in the period between 1872-1883.
Titus Britton is the son of Cindy Gaston Britton and Carl, who died on Jul 3, 1863 in the Battle of Gettysburg. At the age of twelve he befriended Inger Swenson, a quiet girl with no apparent friends. He told Inger he would be her boyfriend. The friendship turned to love. He remained true to his promise until 1878 when she disappeared a week before Thanksgiving, and three weeks before he would be coming home on his Christmas break.
Inger broke off all contact with him after she found her father had been cheating people in Helena, and fled town. She did not want to shame him because of her father’s misdeeds.
When his stepfather saw how broken hearted Titus was, he hired the Pinkerton Detective Agency to locate her family. They were found two days later in Minneapolis, their former home.
Titus went to Minneapolis to convince her she was his world and what her father had done did not reflect back on her.
This is the love story of Titus and Inger as she struggles to overcome her shame and become a part of the Britton family.
Click here to purchase Montana Christmas Bride